After the SHCP announced a cut in public spending of more than 132 million pesos, the Official Gazette published guidelines that set the maximum amount for travel expense allowances
By The News · 22 of February 2016 21:07:49
travel budget guidelines, No available, No available

One week after the Treasury and Public Finance Secretariat (SHCP) announced a cut in public spending of more than 132 million pesos, this Monday the Official Gazette published a decree of guidelines that set the maximum amount for expense allowances authorized for national or international trips by public functionaries.

The decree that the Secretariat announced established austerity measures in the operating expenses of the departments and organizations of the public federal administration, with the objective of making more efficient the use of resources and saving funds.

In national events, it authorizes the attendance of a maximum of three public servants for a maximum duration of 24 days, with a day amount of 2,850 pesos for the highest command, 1,700 for functionaries with an intermediate position and 980 pesos for operational staff.

In agreement with the official norms that regulate expense allowances and trips for functionaries in 2015, issued by the Public Affairs Secretariat (SFP), it established minimum and maximum quotas for national trips, in accordance with the economic zones in which the events take place.

Last year, an amount was authorized between 1,650 pesos and 3,240 pesos daily to those in high posts.

In respect to the maximum quotas for spending allowances for international trips, the amount will not undergo any modification, establishing 450 dollars or 450 euros daily for all the hierarchal groups. Nonetheless, the new rules only authorize the attendance of two public functionaries for no more than 20 days.

Both years’ guidelines indicate that if the attendance of a functionary, within as well as outside of the country, doesn’t require housing, the amount will be reduced by half and if they buy a travel package that also includes food and drink they will only be assigned 20 percent of the amounted established by the hierarchal group into which they fall. 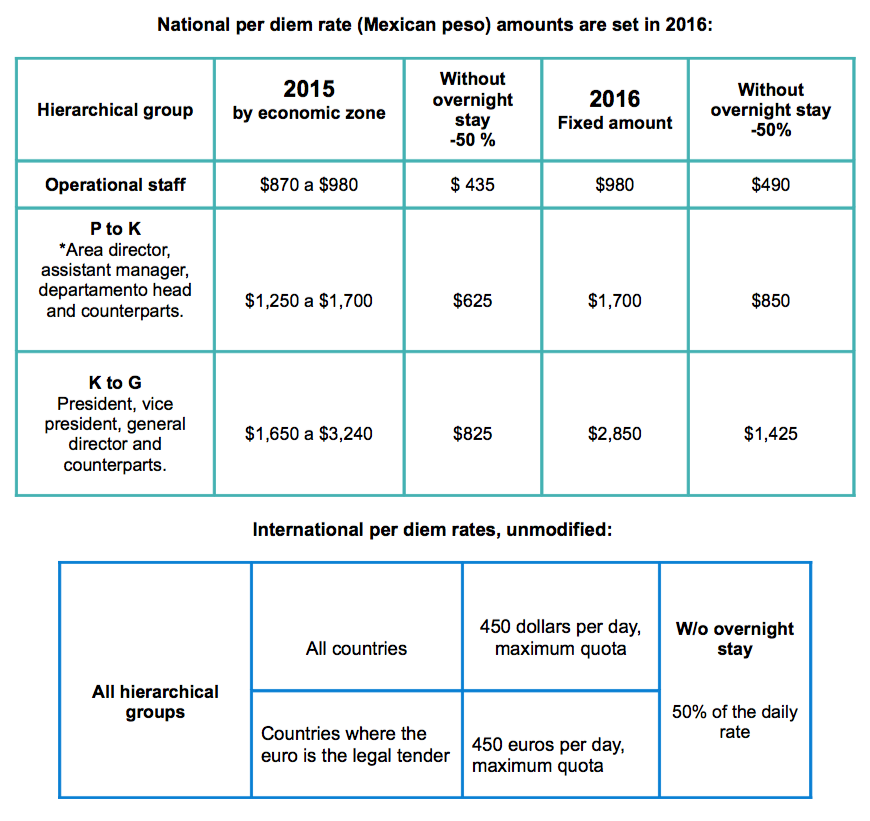 Call for Help to Recover Chinampas