The 7th edition of the International Image Festival (FINI) which takes place in Pachuca kicked off this past weekend. The event is hosted by the Autonomous University of the State of Hidalgo (UAEH).

The festival is divided into 4 categories, photography, alternative techniques, posters and documentary, with an artist competition, featuring a different theme every year. This year’s theme revolves around sustainability, all the work submitted focuses around humanity’s relationship with the environment and the better use of resources in a social, political and economic context.

On Sunday, the competition’s winners were announced for each category, you can see the winners list here.

This year the festival features work from 1,100 artists from approximately 61 countries, with Italy as a guest country and highlights the work of both national and international artists in the form of exhibits and conferences.

The opening ceremony took place on April 28 in the Cultural and Educational Center of la Garza in downtown Pachuca, and was attended by the festival’s organizers, invited artists, and university and local officials.

Rector for the Autonomous University of the State of Hidalgo (UAEH) Adolfo Pontigo Loyola, far left, addresses the audience during the opening ceremony of the International Image Festival (FINI) in Pachuca, Hidalgo on April 28, 2017. Photo: The News

During the ceremony, UAEH rector Adolfo Pontigo Loyola highlighted the significance of this event and the fact that it is precisely this type of event that defines what UAEH wants to offer its students in order to have a global point of view.

“The FINI accomplishes its goals by sharing cultural benefits with society and strengthening the relationship between our institution and the outside world,” said Pontigo Loyola.

The festival kicked off with exhibits by Mexican Artists Pia Seisersen with “Oscillations,” and Ariel Guzik’s “Nautical.” Guzik was also honored with an award for his multidisciplinary work that ranges from art, to music and environmental projects. 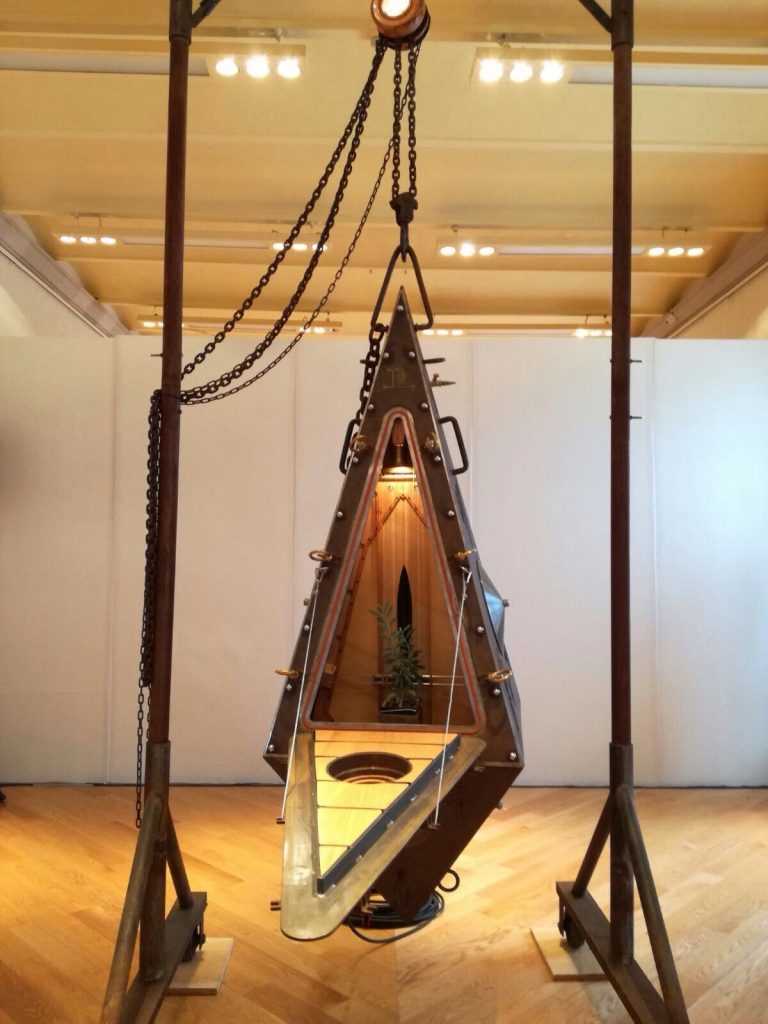 The festival’s biggest event, is an exhibit by renowned Italian photographer Oliveiro Toscani, aptly titled “Human Race,” set in Casa Grande in the mining town of Real del Monte in Hidalgo. The exhibit features a series of images of human faces set against a white background. The intention of the exhibit is to highlight our “differences” which Toscani himself mentioned as the key aspect of this exhibit during the inauguration.

“We are not all equal, we’re different, and that is something to be celebrated” said Toscani.

Italian photographer Oliviero Toscani answers reporters questions during his exhibit “Human Race,” at the international Image Festival. In the background we can see image from the exhibit, in Real del Monte, Hidalgo, April 28, 2017. Photo: The News

FINI’s popularity remains low, even though the festival has made a name for itself among the artistic community in Mexico.

Campbell also emphasized the international seminar that took place on Thursday and that gathered minds from different countries in order to discuss how sustainability is the way of the future.

“The international seminar allows attendees to use critical thinking in order to reflect on the most sensitive issues of modern societies,” said Campbell.

Events like FINI seem to be striving to provide a better platform for artists and intellectual discussions in Mexico, something that is not often found in our country. It is worth taking the time to attend, listen, watch and experience all the different cultural treasures that lie in this festival which hopefully through time will gain a larger audience and recognition.