LONDON – Safe haven currency bets including the yen, the Swiss franc and to a lesser extent the Swedish crown rose on Tuesday as investors braced for a tensely-awaited speech to Congress by U.S. President Donald Trump.

Indications that Trump would use the set-piece in front of both U.S. houses to preview elements of his plans to cut taxes for the middle class and make companies more globally competitive helped the dollar bounce late on Monday.

Added to a promise from another Federal Reserve policymaker that interest rates would rise “soon,” that returned markets to the assumptions of a reflating of the U.S. economy that have swirled since last November, prodding short-term U.S. market interest rates higher overnight.

But the lack of details in Trump’s public promises, his ability to deliver legislation in the months ahead and protectionist rhetoric on trade, also worry markets at a time when nerves are growing around politics in Europe. 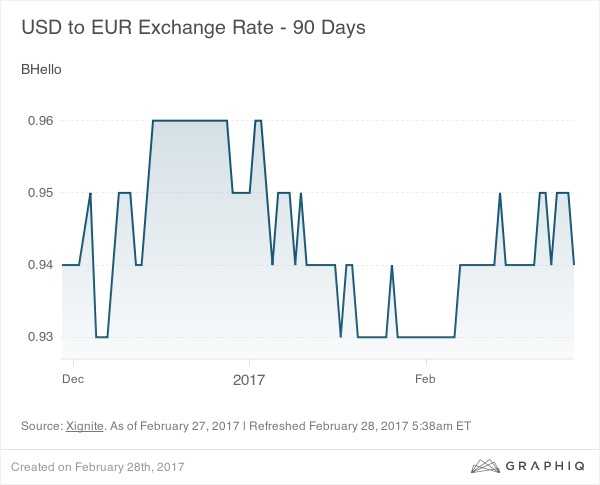 That has left investors often seeking the security of the yen and safe haven assets including Treasuries and German Bunds in the past month.

“There were a whole list of things on the table and at the moment we have a market that is looking for greater clarity on those topics,” said Simon Derrick, head of global market research with Bank of New York Mellon in London.

“If I had to call it, I think the dollar weakens because I think that, not withstanding the signals, it is probably beyond March before the Fed will hike. I also think the downward pressure on yields [globally] will continue.”

The yen rose a half a percent on the day to 112.14 yen per dollar and 118.80 yen per euro. The franc gained around 0.4 percent against both the euro and dollar, while the Swedish crown rose just over a third of a percent, helped by solid growth numbers.

“Forex looks to be trading a little bit risk off today,” said Sam Lynton-Brown, a strategist with BNP Paribas in London.

“While equities are pretty stable, commodities are off on the day and the commodity currencies like the Australian dollar are a little bit off, while the yen and the franc have gained.”

The dollar index rallied to a 14-year high soon after Trump won the U.S. election in November, boosted by hopes that he would introduce large fiscal stimulus and reflationary plans.

But the greenback sagged in January and the first half of this month in the absence of specifics on tax reform. Barring any drama later on Tuesday, it will end February with a gain of around 1.5 percent against the basket of currencies that measures its broader strength.

Despite that, the two currencies long seen as most exposed to Trump’s intent to reorder U.S. trade relations, the peso and China’s yuan, are both up. The peso is on course for its best calendar month since last March and the onshore yuan for its second straight monthly gain.

That might be undone if the president, for example, indicates he will make good on his earlier promises to label China a currency manipulator. Some dealers in Asia said the yen might also be exposed.

“Obviously, if Trump mentions any specific countries, their currencies will be affected. Countries likely to attract his attention are China, Germany, Japan and Mexico, which all have large trade surpluses versus the United States,” said Daisuke Karakama, market economist at Mizuho Bank.

“He has mentioned China and Japan quite often as of late, so dollar/yen is likely to be affected the most if he speaks about these countries.”