Mexico Fights Back Against Street Harassment

Activists are seizing the moment to speak out on the perils women and the LGBT community face in public spaces
By The News · 15 of April 2016 12:06:10
Artist Cerrucha created these portraits of Mexico's anti-street harassment activists, No available, Images via Habitajes/2R Red Reapropriaciones

The event takes place in the spring as women are dealing with heightened levels of public harassment due to warm weather wardrobes.

Here in Mexico, a major march against gender-based violence is planned for April 24. But the internationally-recognized week of advocacy was acknowledged in a relatively subdued manner. Habitajes, a non-profit that focuses on using public art to improve citizens’ lives and has done several anti-harassment projects through its Intinerant Communities Against Harassment (Cohabita), took the occasion to publish a series of portraits online that artist Cerrucha had composed of activists who took part in a symbolic Cohabita action in the Zócalo last year.

During the November Zócalo event, nearly 30 women strode through Mexico City’s largest plaza carrying lettered umbrellas that spelled out “Space is public, my body is not.” (“Espacio es público, mi cuerpo no.”)

No massive demonstrations took place this week. But it would be wrong to say that Mexico isn’t speaking out against street harassment. On the contrary, so much activity is happening around the topic that it could be that activists simply didn’t have the time to sync their campaigns with international efforts.

Performance art troupe Hijas de Violencia (Daughters of Violence) have been receiving foreign press for their anti-street harassment actions, which have included ambushing catcallers with toy pistols and taking to the streets in floral dresses and backpacks concealing speaker systems — all the better with which to perform impromptu punk songs that chastise men for belittling women in the street.

In March, Mexican artist Mónica Mayer and Amnesty International created an installation in front of the capital’s Palacio de Bellas Artes that asked participants — men and women alike — to share their first experience with street harassment.

Frustration is running high over a situation that can sometimes seem intractable in Mexico.

“Honestly, it’s hard to say what can be done about [street harassment],” 23 year old student and DJ Melanie Alcázar Rubalcava from Monterrey told The News. “It’s this way of thinking like ‘I’m a man so I can do whatever I want.’ When I walk somewhere, I almost always go with my boyfriend or with friends. Walking around in a group of only women isn’t a good idea, unfortunately.”

Cohabita recently published a list of methods for Mexican women dealing with harassment. 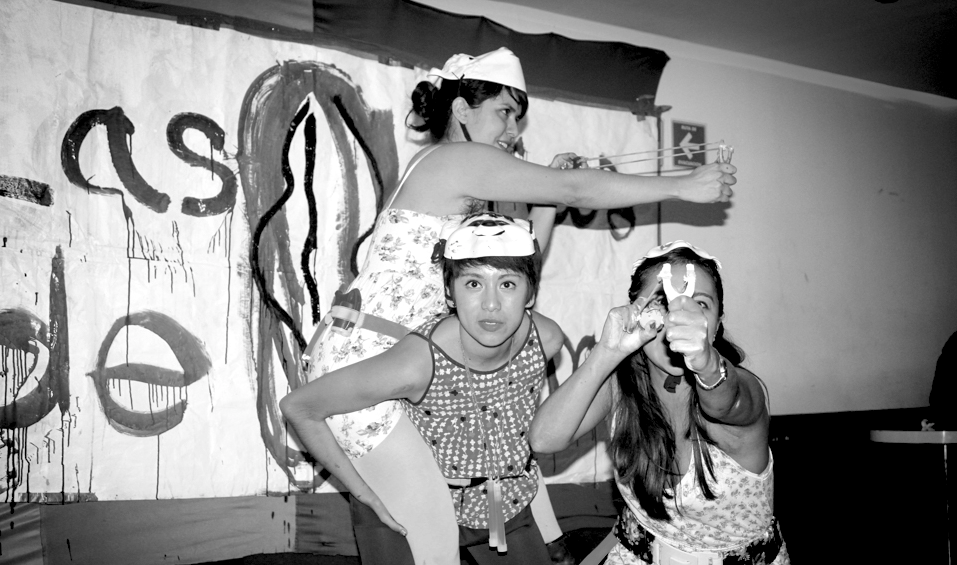 No reliable studies on street harassment have been conducted in Mexico. But according to the National Institute for Women (Inmujeres) and the National Council to Prevent Discrimination (Conapred), nine out of 10 Mexican women have been the victim of some form of sexual violence.

Research conducted by the World Bank found that at least 65 percent of women have been subject to some kind of gender-based violence on public transportation.

“Those numbers don’t refer specifically to street harassment,” Habitajes’ Yucari Millán Horita told The News. “But they help us to see the serious panorama of violence that Mexican women live.”

“It’s urgent that a study be conducted on this class of violence in order to make the frequency, impact and kinds of street harassment visible that women suffer every day when they leave their homes to work, to study or to have fun,” continued Millán Horita. “These figures are fundamental to being able to come up with the necessary strategies of prevention, education, mitigation, and legislation.”

“I would characterize [street harassment in Mexico] as prolific, an everyday experience for most women,” journalist Andrea Noel said in an interview with The News. The writer made headlines in March when she uploaded a security video to Twitter of a man who ran up behind her on the sidewalk, pulling up her skirt and yanking at her underwear, all in the middle of the afternoon in the well-to-do Condesa neighborhood.

“The laws that currently exist are not effective and not severe enough to deter people,” said Noel, who says that police have been less than helpful in the search for her assailant. “The procedure is so flawed and the process is so drawn out. Women give up before they leave square one in the investigation … It requires so much time, money, emotional ups and downs.”

Noel’s post went viral and was covered extensively in Mexican media. But the harassment had only just begun. She received countless death and rape threats online, and one day while working in her home office, she realized that a white BMW was parked outside her apartment. Its occupants were shining a laser pointer through her window, onto her forehead. And then, a troll published the location of a restaurant where she was eating.

Eventually, the United States journalist’s fears for her safety caused her to leave Mexico. But then she came back, if only temporarily. She had a criminal investigation to cooperate with, and she wasn’t done speaking out against street harassment. Yesterday, Noel and two other activists who have been victims of gender-based violence, Yakiri Rubio and Gabriela Nava, released a video for a campaign called #NoTeCalles that serves as a call to arms for other victims to speak out against assailants, whether they exposed their genitals in public, filmed them without consent or perpetrated much worse crimes.

“If they touch one of us, we’ll all respond,” promises Nava in the clip.

And the response seems to be getting louder. On April 24, an anti-gender violence march is planned to take place through Mexico City’s central streets. Its Facebook event invitation currently has 1,400 confirmed attendees.